Today you’re getting a list of the best squonk mods that you can currently get.

And a few more metrics which you’ll learn about today.

Whether you’re looking for a:

After reading today’s post, you can be sure you’ll have found your best squonk mod. 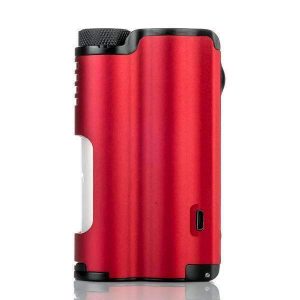 In an attempt to ease the filling process of squonk bottles, the designers of the Dovpo Topside designed it with a top-fill system.

In a top-fill system, you re-fill your squonk bottle from the top, without:

And after testing this ‘top fill' system, I can’t help but conclude this is one of the easiest filling systems that I’ve ever seen in a squonk mod.

There simply is no messing around with:

And the best part is that because of its 10 ml. capacity, the bottle needs less re-filling than most other squonk mods anyway (most squonk bottles come with a 7 ml. capacity).

If you like simplicity, the Dovpo Topside is as simple as it gets for a squonk mod. There aren’t many variables to be adjusted except for the power and temperature settings.

The Dovpo Topside (together with the Desire Cut) is one of the few squonk mods that have the ability to use 18650, 20700 and 21700 batteries. Especially if you use a 21700 battery, you'll get really impressive battery life out of the Dovpo Topside.

All these amazing design choices combined with its modest price, make the Dovpo Topside the best value for money single-battery squonk mod that you can currently get.

The Dovpo Topside is a simple but effective squonk mod with great build quality and with the most convenient re-fill system I've ever seen in a squonk mod.

If you like to have all sorts of advanced features like power curves, pre-heat settings, and other customizations in your squonk mod, it’s best you take a look at the next squonk mod though. 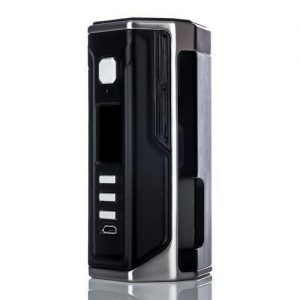 If you want top-level temperature control with your squonk mod, you really don’t have a lot of options.

And if you’re looking for a regulated 2-battery squonk mod that performs really well in temperature control mode, you really only have one option:

This 2-battery squonk mod operates with two standard 18650 batteries. And while newer mods are compatible with longer-lasting batteries like 20700- and 21700-batteries, a DNA chip is exceptionally efficient with power use. Even with two 18650 batteries, the Lost Vape Drone DNA 250C can last up to a full day with heavy use.

The Lost Vape Drone DNA 250C mod is pricey. But the DNA 250C chipset that this squonk mod operates on is probably the most advanced vaporizer chipset that you can currently get.

Because of its temperature control accuracy, finding your sweet spot with the Lost Vape Drone DNA 250C regarding:

And then staying in your sweet spot is even easier, as you'll learn next.

While adjusting the wattage and experimenting with puffs, any time you take a draw and think you’ve found your sweet spot in terms of flavor and vapor production, you just hit the ‘Save Puff' button, and your device will save the temperature and you’ll be able to replay the exact same puff until you decide it's time for a new setting.

Temperature control couldn’t get any easier than this.

Onto the squonking system.

Lost Vape is known for making robust and durable mods, and so is the Lost Vape Drone DNA 250C. And although slightly larger than some other mods in the list, it doesn't weigh as heavy as other dual-battery mods. Its build quality is great and Lost Vape DNA mods are proven to last a long time if taken good care of.

If you're looking for a 2-battery squonk mod with accurate and precise temperature control, advanced safety features and countless customizable settings (that really improve to your vaping experience)…

The Lost Vape Drone DNA 250C is really your only option.

After reviewing the Smoant Battlestar Squonker for 1 month, I can’t but conclude that Smoant ‘again’ brought a very well built, well-performing, modestly priced, 2-battery mod to the market.

There are pros and cons to this push-to-squonk system.

The pro, as mentioned, is that this system is more precise and consistent than a regular squonk system.

In a regular squonker, you manually squeeze the juice bottle. It's almost impossible to manually apply the same amount of pressure and squeeze the exact same spot in the bottle each and every time. These inconsistencies in applied pressure and location of the pressure mean that you'll always squonk different amounts of juice towards your RDA.

In the Smoant Battlestar Squonker's push-to-squonk system, the squonking is handled by your device. Your device will always squonk the exact same spot and apply the exact same pressure. All you have to do is push a button and it will always ‘squonk' the same amount of juice.

Now let's look at the downsides of the Smoant Battlestar Squonker's ‘push to squonk' system.

As mentioned before, the squeeze-created vacuum that sucks back excess juice from the juice well to the bottle that you would've had with a regular squonk system isn't present in the Battlestar Squonker.

If you squonk too much you might be left with an oversaturated coil/wick. With the Smoant Battlestar Squonker, you need to dose slightly more carefully, and this might take some practice.

Also, when starting your session, you might need a few additional pushes on the pump button before it really starts pumping juice to your RDA. Apparently, there’s always some air obstructing the juice flow which needs 1-3 pumps to be removed.

Now, if you’re aware of these differences, it really doesn’t take much practice to learn the Smoant Battlestar Squonker's squonking system. So don't let its different squonk system scare you away.

The bottle takes around 7 ml., and this amount is great for single-coil systems. But if you’re using a dual-coil system, you might find yourself reloading the bottle more often than you like.

If you’re using a dual-coil system, another option for you could be to pre-fill an extra bottle (which is included with your purchase) and swap it whenever your first bottle is empty.

But if you’re looking for a cheap 2-battery squonk mod, that performs great in wattage mode, the Smoant Battlestar Squonker is currently the best value for money squonk mod that you can get.

I don’t really recommend the included RDA, and if you’re looking for a better RDA, check out our best RDAs post to find one for your needs. 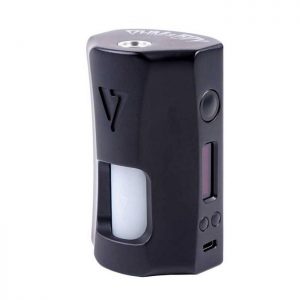 Just like the Smoant Battlestar Squonker, the Desire Rage is quite compact for a 2-battery mod. It’s a bit heavier than the Smoant Battlestar Squonker though, and quite a bit heavier than any other squonk mod in the list. And although comfortable to hold, because of its weight, the Desire Rage might feel too heavy for some of you.

The Desire Rage has such a hefty weight because of the material that's used to design its outer shell: Kirsite (which is a zinc-base alloy). Its Kirsite body, however, is also exactly what makes the Desire Rage one of the most durable and sturdy squonk mods that can get.

If you're afraid it might be too heavy for you, know that because of its ergonomic shape, this mod really ‘clicks’ into your hand, making it (except for its weight, potentially) comfortable to hold. And while ‘looks’ is a subjective metric that doesn't get much weight in rating a mod here at Herbonaut, I find the Desire Rage to be one of the better-looking squonk mods. One annoying thing with its design though is the place of the firing button; I can't squonk and fire without twisting the device. The firing button is placed in an awkward spot.

A squonk mod always has to be rated on the effectiveness and convenience of its squonk system.

And when talking about the Desire Rage’s squonk system, we have to talk about its propriety bottle system. While a propriety bottle system makes it easier to design a well-built mod, it can also make it more difficult to easily swap bottles because regular squonk bottles don't fit. Now, this isn't necessarily an issue, if you get multiple of these proprietary bottles with your purchase. But with the Desire Rage, you only get a single one of these bottles. An extra bottle should have been included with your purchase.

Another downside with the bottle is its capacity: it's only 7ml. Especially, with a dual-battery squonk mod, chances are that you'll use coil setups that use quite a lot of vape juice. If you're using a dual-coil setup, you might find yourself refilling the bottle more often than you like.

Refilling the Desire Rage's bottle is easy though. It's designed in such a way that you don’t have to open the battery door to refill the bottle (with most squonk mods this is an annoying necessity).

Now, the Desire Rage is a simple squonk mod. Besides adjusting the wattage and temperature, there aren't a lot of variables to be adjusted. It doesn’t have some interesting features that we have got so accustomed to with newer box mods. I’m talking about features like power-curves and pre-heat options. While not everyone uses these features, they can make the vaping experience more enjoyable.

Now, the other side of this coin is that for anyone that’s looking for a simple and modestly priced dual-battery squonk mod, the Desire Rage is a great option. If you like simplicity, you’ll like the fact that you’re not paying for features that you’ll never use anyway. 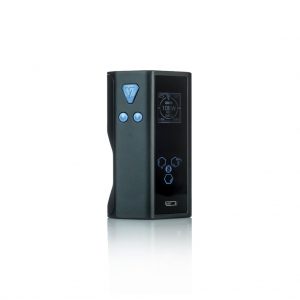 If you’re looking for a single-battery squonk mod that packs a punch, the Desire Cut is one of the best when it comes to power/wattage mode.

Just like the Desire Rage (its 2-battery brother), the Desire Cut is built like a tank. It’s sturdy and durable: there are no buttons rattling and if you would throw your Desire Cut through a window, the window would break, but the Desire Cut would survive.

It’s quite heavy for a single-battery mod. Its weight gives the Desire Cut a strong presence in your hand. Just like its 2-battery brother (the Desire Rage), it has an ergonomic shape. While it doesn’t fully ‘click’ into my hand like the Desire Rage (I got bigger than average hands), it feels very comfortable to hold.

Onto its squonk system.

One thing I don't like about the Desire Cut is its menu system: it’s not very intuitive and feels outdated.

But this is really the only major con that I've found with the Desire Cut.

If you're looking for a single-battery squonk mod with great battery life, a fast power-delivery, and impressive vapor production capabilities, the Desire Cut would be a great option for you.

Ok, so you've got your squonk mod. If you're still looking for an RDA, check out our list of:

And if you're looking for a high-quality e-juice, check out our vape juice guide:

If you want to know what health risks you expose yourself to when vaping, check out our massive guide where we review the latest science and give tips on how to prevent the major vaping health risks: