Although vaping cannabis doesn’t smell as strong as smoking it, it still produces a noticeable smell.

But there are ways to reduce the smell of vaped cannabis.

Today, you will learn what type of weed vaporizers produce the least amount of smell. And also:

What you can do to reduce the smell with any vaporizer.

Difference in Smell Between Smoking vs Vaping Cannabis

What Vaporizers Produce the Least Amount of Cannabis Smell?

What You Can Do to Reduce the Smell with any Vaporizer

The Difference In Smell Between Vaping Cannabis vs Smoking It

Although both vaping cannabis and smoking it produces a characteristic cannabis smell, both the strength and quality of the smell are different in both cases.

When you smoke cannabis you literally burn the plant and this combustion process creates hundreds of toxic byproducts that all come with their unique smell.

And while vaping doesn’t reduce the creation of these toxic by-products completely, it can do so by up to 90%.

This is also exactly the reason why cannabis smoke smells much stronger and lingers around for much longer. Tar, which is a by-product of burnt plant material, sticks on surfaces and fabrics, and if not removed can stay there for years.

Cannabis vapor doesn’t contain any tar and has a much less potent smell because it lacks the majority of these toxic by-products. Cannabis vapor dissipates into the air significantly faster than smoke.

Although vaping weed isn’t without any smell, it produces a smell that’s significantly weaker and dissipates significantly faster into the air than cannabis smoke.

What Vaporizers Produce the Least Odor?

All vaporizers produce a smell, but some more than others. If smell really is important to you, look for a vaporizer with the characteristics explained below.

Generally speaking, session vaporizers produce a stronger smell than on-demand vaporizers, simply because of the fact that they cook your herb for longer periods of time. A session-vaporizers usually stays on for around 10 minutes, all the time cooking your herb.

An on-demand vaporizer only heats your herb in intervals of 5-10 seconds. Basically, it only heats up your cannabis when you click the heating button. 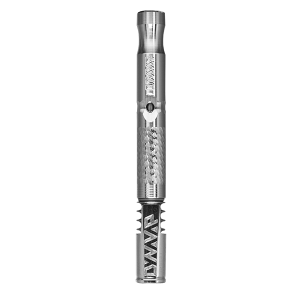 While there's a difference in smell between convection and conduction vaporizers, in my experience, this is the least significant factor in getting a vaporizer that produced the least amount of cannabis smell. 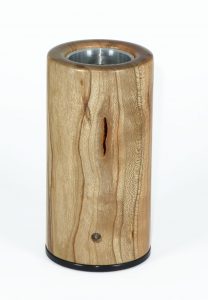 Vaporizers with a tightly closed oven (or herb chamber) will emit less of an odor than ovens or herb chambers that have open parts.

This, anyone can understand:

A closed herb chamber can’t direct the vapor anywhere else than the next part of the vapor path. An oven that isn't tightly closed will leak vapor to other areas than your mouth. 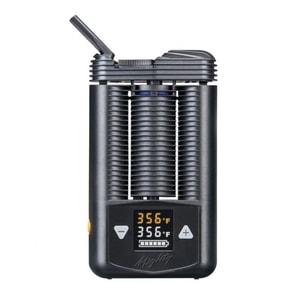 An on-demand convection-style vaporizer with a closed herb chamber will produce the least smell of all types of vaporizers.

A session-based conduction vaporizer with a (partially) opened herb chamber will produce the most smell of all types of vaporizers.

But keep in mind that every vaporizer will produce at least some cannabis smell.

What You Can Do to Reduce the Smell With Any Vaporizer

Getting a vaporizer that’s designed in a way to produce the least amount of smell is the first step in reducing cannabis smell.

The next step is making sure you use the guidelines below, independent of the vaporizer you have.

Avoid Vaping In a Closed Space

The first and most important advice I can give you with regards to avoiding smell is: never vape in a completely closed space. Even if it’s your sleeping room, open a window. The better the flow of fresh air into your room, the less of a cannabis smell you’ll have.

Even a small opening and small flow of fresh air can make a huge difference in how fast the vapor dissipates. 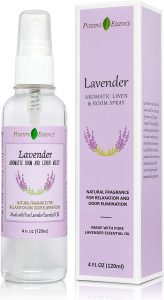 Now, if you’re going to vape in a closed space anyway, there are ways to mask the smell. For example, one of the best ways to mask cannabis smell is with an essential oil like lavender oil.

You could also get lavender spray. While this method won’t immediately get rid of the smell completely, it will significantly speed up the process of making your room cannabis-smell-free. 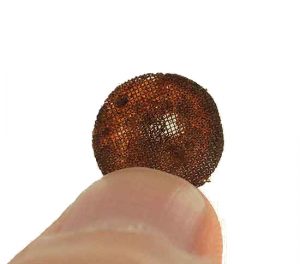 Another important way to keep cannabis odor to a minimum with your vaporizer is to keep it clean. See, when you vape, cannabis resin sticks to various parts of your vaporizer.

Every time you pull out your vaporizer, it will lead to cannabis smell spreading through the area. That's the case even without you turning your vaporizer on.