CBD and alcohol are both compounds with depressant effects on the central nervous system.

This means that both compounds have a:

In medical literature combining alcohol with other tranquilizing or depressant compounds like benzodiazepines, is known to cause major negative side effects ranging from seizures to death in the most extreme cases.

Based on the existing medical literature, we would expect that combining CBD and alcohol may lead to similar negative effects.

But is this the case?

The Effects of CBD and Alcohol

Especially CBD's hypnotic and sedative effects may pose to be a problem when you want to combine both CBD and alcohol.

CBD is also associated with various side effects, the main ones being:

CBD is also thought to be an inhibitor of a group of enzymes called CYP450 enzymes. These enzymes have a significant role in the metabolization of alcohol. These enzymes could be another way for CBD and alcohol to interact in your body.

When it comes to alcohol, research shows that it can affect the human body in a myriad of ways6, and while some of these are beneficial, most effects have a negative impact on your health:

However, both compounds can have a sedative effect.

Since both alcohol and CBD can have a sedative effect, one may think that combining the two, will lead to improved sleep or relaxation. But keep in mind: there's no scientific evidence supporting this notion. In fact, the evidence shows the opposite may be true…

Studies That Looked At The Effects of Mixing CBD and Alcohol 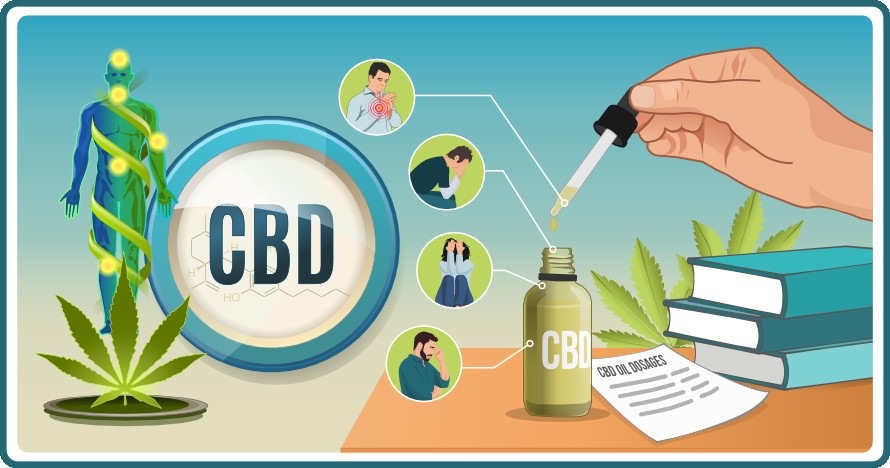 The few studies that looked at the effects of using CBD and alcohol simultaneously found that:

CBD administered simultaneously with alcohol reduced blood alcohol levels. However, when CBD was administered one hour before alcohol consumption it had no effect on alcohol blood levels19.

Interestingly enough, while CBD reduced alcohol blood levels when coadministered simultaneously, it had no effect on the pharmacological effects caused by alcohol like impairments of motor and psychomotor performances.

So while CBD may reduce alcohol blood levels, it doesn't affect how the alcohol makes you feel, nor does it reduce the immediate risks associated with alcohol consumption like blackouts, impaired judgment, or decreased perception.

As explained before, alcohol consumption is associated with various negative health effects including brain- and liver-damage.

CBD on the other hand is associated with potent anti-inflammatory and anti-oxidant effects, potent enough to potentially counteract some of the negative health effects caused by alcohol consumption.

For example, a 2019 review study found that:

Preliminary preclinical results suggest that CBD can attenuate alcohol consumption and potentially protect against certain harmful effects of alcohol, such as liver and brain damage

This means that CBD may be a viable way to reduce the potential damage caused by alcohol consumption. Further studies should be done to find to what extent CBD can protect against alcohol-induced liver- and brain-damage.

CBD could also have a role in alcohol withdrawal and relapse. Various animal studies have found that CBD can reduce alcohol-induced anxiety and impulsivity and alcohol-withdrawal-related convulsions. Not only did CBD reduce the symptoms associated with alcohol withdrawal, but it also reduced the need/motivation for alcohol consumption.

While the exact mechanism of action remains unclear one hypothesis explains CBD's potential to reduce alcohol-induced anxiety and impulsivity through its 5-HT1A activation and indirect potentiation of endocannabinoid transmission through inhibition of anandamide breakdown.

Is Alcohol Mixed With CBD a Good Sleep Aid?

Apart from the previously mentioned effects, alcohol can also, similarly to CBD, cause sleepiness. Studies show that drinking alcohol before going to bed reduces the amount of time needed to fall asleep10, and initially, the alcohol-induced sleep will even be deeper. However, it doesn't mean that the benefits outweigh the downsides.

According to one study, alcohol consumption before sleep led to frequent waking up throughout the night and feeling less rested in the morning11.

In another study focused on the relationship between alcohol and sleep, researchers found that although alcohol consumption could help insomniacs in rare cases12, for the majority of people, alcohol is not a good sleep aid, as it shortens the REM sleep phase, which is essential for learning new information13.

At the same time, consuming alcohol in the evenings suppresses the secretion of melatonin14, which is a sleep hormone. In yet another study, “chronically drinking hamsters” were found to have disrupted circadian rhythms15, making it harder to fall asleep at regular times.

Unfortunately, although studies show that alcohol reduces the time required to fall asleep, it has a negative effect on sleep quality. Because of that, if you are experiencing sleep problems, you shouldn't mix CBD oil and alcohol – it’s best to stick to just CBD.

Separately, both of them could help you fall asleep faster, so it might seem logical that mixing those two substances could bring about an even more potent effect. Still, even if you’ll fall asleep more quickly, with alcohol, your sleep won’t be as restorative.

Could CBD Make the Effects of Alcohol Less Harmful? 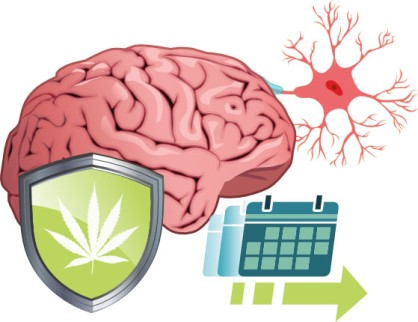 A 2019 study16 suggests that CBD’s neuroprotective properties could protect against the damage done to the hippocampus by the consumption of alcohol. That's not all – CBD could also help addicts control the urge to consume alcohol.

Another study17 showed that CBD could also help deal with tobacco addiction, making it easier to exercise self-control. Though we need more research on this subject, the early findings on CBD’s anti-addictive properties are undoubtedly interesting.

However, another study, during which participants consumed a much lower amount of CBD than in the previous study, showed different results19. This time, taking CBD and alcohol together did not lead to lower than expected levels of blood alcohol levels. However, regardless of the effects of mixing alcohol and CBD on the BAC, it is safe to say that it won't allow you to maintain your motor functions to a greater degree.

Animal studies indicate that the application of CBD gel protects from alcohol-induced neurodegeneration20. It is unknown if taking those two substances in a different form, e.g., consuming CBD oil and alcohol could lead to the same benefits. At the same time, we cannot be sure if this property of CBD would also work on humans, but animal studies certainly seem promising.

Additionally, CBD has been found to protect the liver from the effects of alcohol21.

Is It Safe to Mix CBD and Alcohol?

While current study results show that combining pure CBD with alcohol doesn't necessarily lead to adverse reactions, as we have mentioned in our article about CBD and pregnancy, the problem with CBD products is that oftentimes, they are mislabeled.

As a result, the CBD oil that you bought could contain a significant amount of THC for example. According to one study22, only 31% of tested CBD products were accurately labeled. However, what's even more problematic, 21% of the CBD products that were sold as THC-free did, in fact, contain THC. That's why we always recommend getting CBD products from reputable and transparent companies that provide results of third-party lab-test reports.

At the same time, alcohol consumption leads to higher THC levels in the blood25. Because of that, the motor functions are impaired for a longer period of time, increasing the possibility of an adverse situation, like a car accident taking place.

Although it doesn't seem likely that consuming small amounts of CBD and alcohol will lead to severe adverse reactions, you should remember that our bodies are complex mechanisms. People react differently when consuming the exact same substances.

On the Food and Drug Administration website26, you can find a warning that mixing alcohol and CBD may potentially lead to injuries. At the same time, due to the limited number of studies and research about the effects of mixing CBD and alcohol, the Federal Alcohol Regulator does not allow CBD inside alcoholic beverages.

Although most studies seem to indicate that consuming small amounts of CBD and alcohol isn't dangerous, quite the contrary – even possibly providing protection against the harmful effects of alcohol, it is too early to reach any conclusions. CBD may be perfectly fine to mix with a couple of beers or a glass of red wine, it's just that we don't know yet, and it's best not to risk until we have 100% certainty.

It is true that most of the studies that we have mentioned in this article seem to suggest that it is safe to take CBD and drink alcohol, but the problem is that there aren't that many studies on the safety of mixing those two. Even though some studies suggest that CBD could help with alcohol withdrawals and addiction, we recommend avoiding mixing CBD and alcohol until we have access to more research.

The Best CBD Vape Oils: A list of our recommended CBD vape oils. All are 3th-party lab-tested to confirm they're contaminant-free and contain high levels of CBD.

The Best CBD Gummies: A list of our current highest-rated CBD gummies, based on value, cannabinoid-  and terpene-profiles, transparency of the brand, and ingredients.

The Best CBD Creams: A list of our current highest-rated CBD creams, based on value, cannabinoid-  and terpene-profiles, transparency of the brand, and ingredients.

The Most Affordable CBD Products: A list of the best value-for-money CBD products. Some of these products will cost you only $1 per day.

The Benefits of CBD Oil: A review of over 100 studies that found potential health benefits associated with CBD.

CBD Isolate vs. Full-Spectrum CBD Products: An article about the differences between full-spectrum vs. broad-spectrum vs isolate CBD products.

Side Effects of CBD: An article about the potential risks and side effects of taking CBD products.